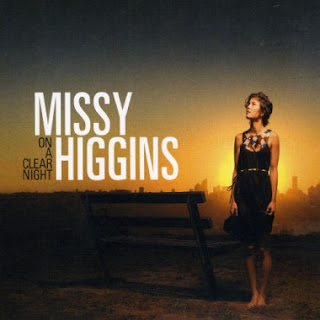 "Put on and listen in its entirety over and over again."
Australian singer-songwriter Missy Higgins followed up her 2004 debut, THE SOUND OF WHITE, with ON A CLEAR NIGHT in 2007. Earnest, emotional, and intimate, Higgins's music is folky and poppy at once, with most of her songs centering around her acoustic guitar, winding melodies, and confessional lyrics. There's a little bit of Ani Difranco in Higgins's tough-girl verbal skill the tune "100 Round the Bends," but the artist can also play the jazzy chanteuse on lovely, laid-back numbers such as "The Wrong Girl." The diverse palette works wonders paired with Higgins's top-notch tunesmithery.
2007 sophomore release from the Australian singer-songwriter. Missy Higgins may have kept a very low public profile in 2006 but that doesn't mean she hasn't been keeping busy. On A Clear Night was recorded in Los Angeles with acclaimed producer Mitchell Froom, who helmed the recent Finn Brothers release and the first three Crowded House albums plus discs for such acclaimed singer-songwriters as Ron Sexsmith, Elvis Costello and Suzanne Vega. The first song to be lifted from the album is 'Steer', a positive and life-affirming track. Virgin.
Selectory by THE PORTASTYLISTIC at 9:00 PM