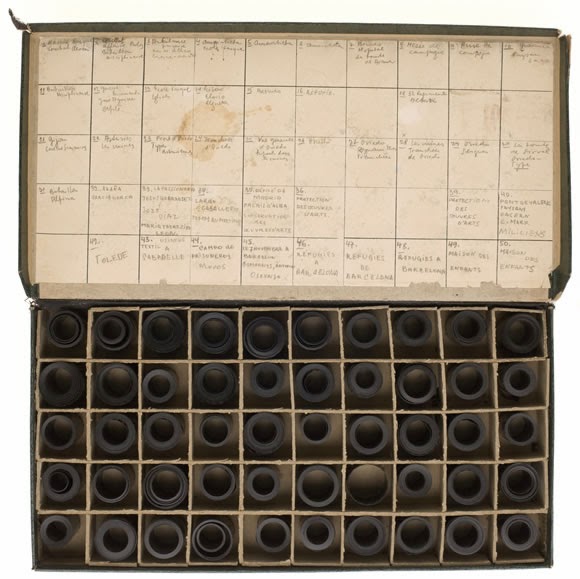 Robert Capa © International Center of Photography
One of three boxes Box of Robert Capa, Chim (David Seymour) and Gerda Taro negatives of the Spanish Civil War recovered by the ICP in December 2007. The negatives had been missing since 1939.

For years there persisted a rumor that a suitcase, lost in the chaos of World War II, containing the negatives of photojournalists Robert Capa, Gerda Taro, and David “Chim” Seymour taken during the Spanish Civil War had survived. Decades later, the wayward suitcase was discovered in Mexico City, among the belongings of the Mexican ambassador to Vichy France and finally returned to Cornell Capa, the younger brother of Robert Capa and the founder of the International Center of Photography in New York City. 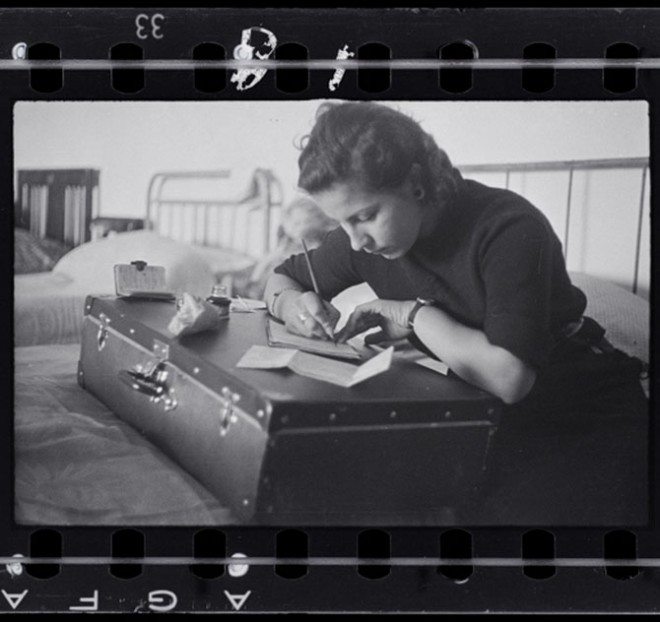 Refugee, writing home, Montjuic, Barcelona, November 1936 © David “Chim Seymour. The Mexican Suitcase.
Now a documentary about the find, The Mexican Suitcase by director Trisha Ziff, expands on ICP’s recent exhibition on the negatives. The film showcases the photos and the photojournalists’ work during Spain’s civil war– a battle between communist and fascist that began in 1936 with a failed coup, and killed half a million people before General Franco won control in 1939– and the continuing struggle to come to terms with the country’s painful history. 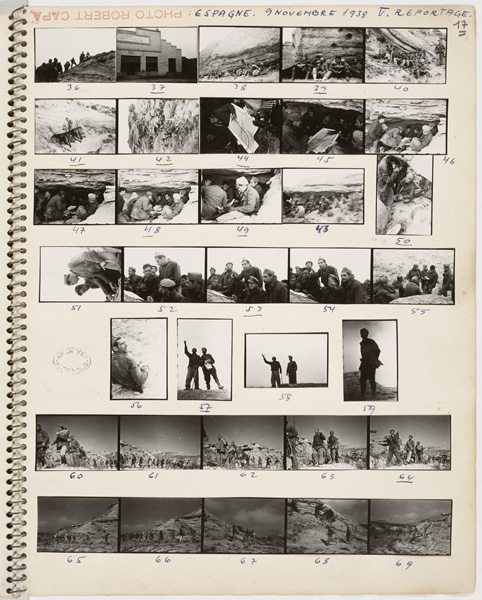 A notebook by Robert Capa’s of small contact prints
Ziff weaves in personal, often painful accounts of biographies of those who had survived the war by fleeing Spain, many unable to forget even to this day. An exiled woman tenderly holds up an old, worn out fork while describing the hunger she experienced as a child. Another man recalls his teenage years spent eating and sleeping beside his gun. Along with those interviews are ones with a new generation of Spaniards who were only babies when Franco finally stepped down in the early ’70s. Only now are they seeking to connect with a past that has been unknown to them. Ziff says, “I was impacted by how even today 70 years after the war how the haunting memories of repression, dictatorship impact life in contemporary Spain. How this exile still defines the identity of young people—three generations later, and what 30 years of fascism has meant for the Spanish people.” 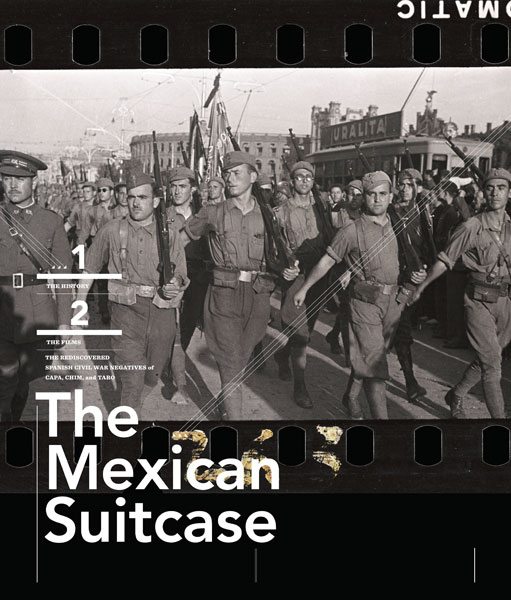 The cover for “The Mexican Suitcase” Book
Within these diverging narratives, through various interviews with experts in the industry, the film pays tribute to the spirit of three extraordinary photographers Capa, Tara and Seymour who passionately believed that photographs could change and shape the way we see the world. 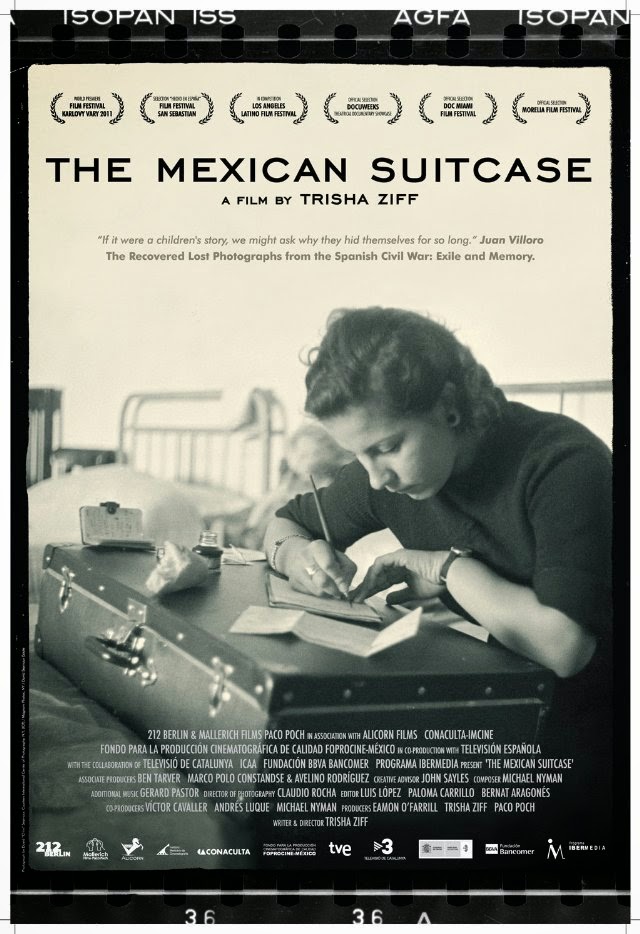 
The Mexican Suitcase tells the story of three lost boxes that were recovered by the film’s director, LA-based Trisha Ziff, from a closet in Mexico City in 2007. The boxes, misplaced in the chaos at the start of WWII, contained many of the Spanish Civil War negatives by the legendary photographer, Robert Capa. These boxes have become known as the Mexican Suitcase.

Rumors had circulated for years of the survival of the negatives, which had disappeared from Capa's Paris studio at the start of the war. They held 126 rolls of film, not only by Capa, but also by Gerda Taro and David “Chim” Seymour, fellow photographers who were also acclaimed for their coverage Spanish Civil War.

Photo Nicolas Silberfaden from ICP
Capa, Taro and Seymour were Jewish immigrants from Hungary, Germany and Poland respectively, and they had found a home in the culturally open Paris of the early 1930s. They often traveled together in Spain. Their combined work constitutes some of the most important visual documentation of that war. It’s particularly poignant to note that Gerda Taro would die before her 27th birthday at the Battle of Brunette in Spain, killed when a Republican tank veered out of control. Her funeral brought thousands on to the streets of Paris.

The inside cover of one of the three boxes in the Mexican Suitcase.
Exactly how the negatives reached Mexico City is not definitively known. However, given Mexico’s unique role in the war, and how it opened its doors unreservedly to the Republican exiles, it makes sense that the suitcase would find its way there.

Capa had left all his negatives in Paris to be safe-guarded by his friend and fellow photographer Imre "Csiki" Weiss (1911–2006), who was also a Hungarian, Jewish émigré. Before he was interned in a Moroccan prison camp, Weiss managed to pass the boxes to someone who promised to get them to a Mexican consulate. Weiss survived and managed to make his way to Mexico, where he remained for the rest of his life. In an ironic twist of fate, Weiss lived just streets away from the home of General Aguilar, the former Mexican ambassador to Vichy, where the Mexican Suitcase was kept safely for almost seventy years. Cziki Weiss died without ever knowing what had happened to the photographs.
Provided courtesy of 212 Berlin. Not Rated. Running time: 86 minutes. To learn more about this film and to view the trailer, click here.

Inside look into the Suitcase


Below are some previews you can see of the book from the ICP website: 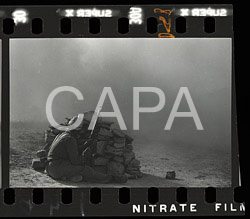 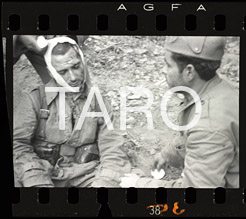 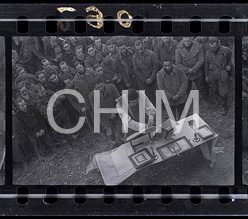 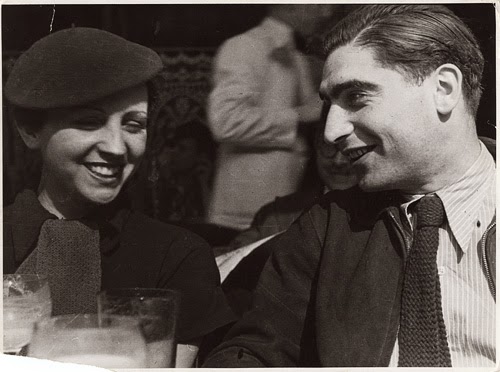 *I proud to highly,
highly Recommended!* 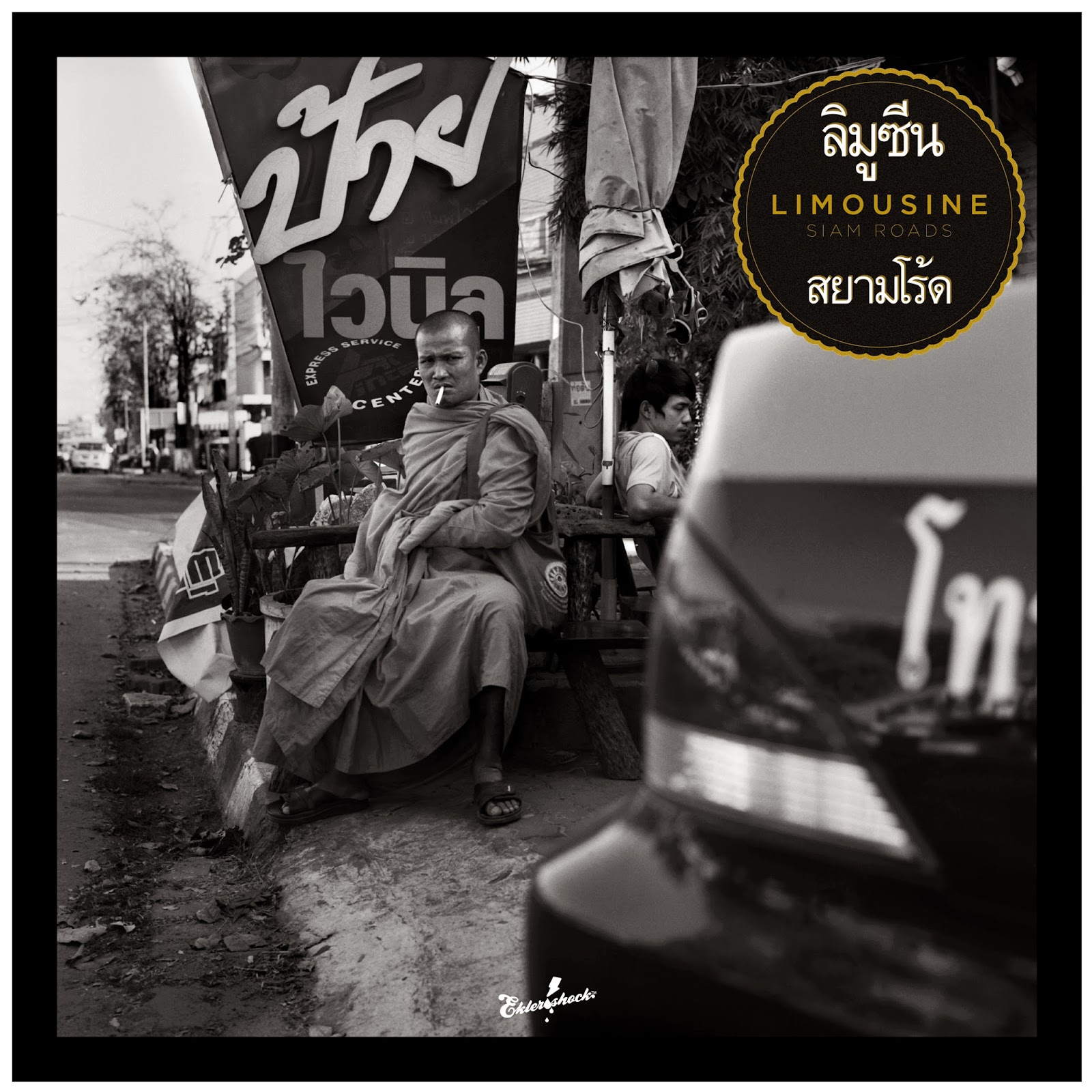 ✿ SIAM ROADS ✿
Uncovering Mor Lam on the roads of Thailand.
During several trips to Thailand in 2011, the members of Limousine discovered the Isaan Region (North-Est of Thailand). There, they met Yod Warong, a colorful character, an orchid farmer but also — and most notably — one of the last remaining experts in Isaan Music.
Yodh has been playing the Pin (Thai guitar), the Ponglang (Thai xylophone) and the Khaen (mouth organ of Lao origin) since the age of 5.
The band fell for the smooth trances and nostalgic lamentations of this incantatory blues with sublime melodies and a playful sense of humor. As they quickly decided to adopt this new style, they got hold of what will be their mobile studio and flew to Thailand in January 2012 with the support of Agnès B and the Institut Français.
Yod Warong received them in the city of Ubon Ratchathani and for several weeks, the band recorded its impression of Isaan, giving birth to their 3rd album, Siam Roads.
TRACKLIST
1. Coeur d’Eau
2. Luk Thung (Khun Playboy)
3. Boonghusa
4. Ubon train station
5. Yohd Song
6. Sad Sun
7. Wrong Scooter
8. Lam Phutai
9. Som Tam
10. Thong Sai Thabthanon
11. Mekong
Released Apr. 14 2014
Buy Digital on Itunes
Buy VINYL on EOS Shop
Buy CD on EOS Shop
Listen on Spotify
Listen on Deezer
Porta's Rating
9 of 10 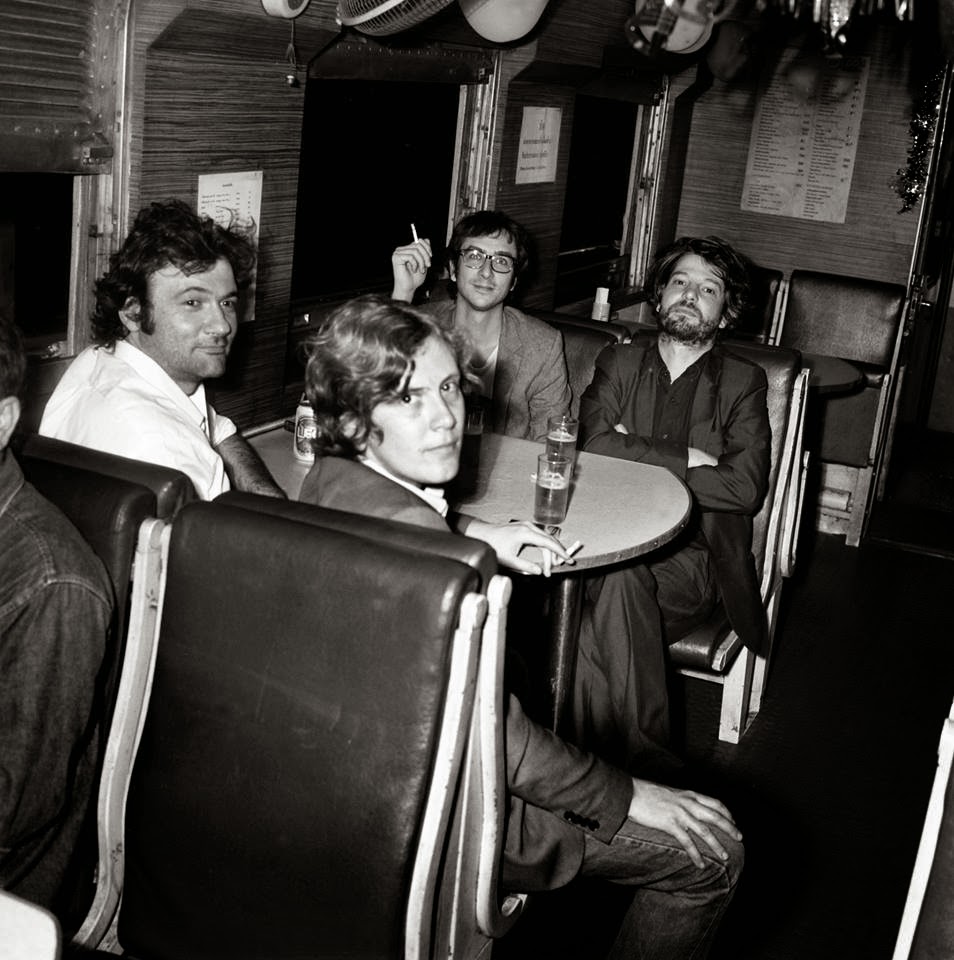 Contemplative and sensual, LIMOUSINE’s music gracefully undulates to stretch time and admire silences. To the point that the four boys, fascinating and mesmerizing on stage, have been elected France’s musicians with the best hairstyle by the online magazine CrissCross, according to which «kings of the hair waves, Limousine are none the less princes of the sound waves”.
As far remote from virtuosos aspirations as from pure minimalism,
LIMOUSINE successfully expresses with a few notes what others would write on several pages, and fully embraces the creation of songs without lyrics yet full of emotions.
Untitled, this is how their first album, released in 2005 on the Chief Inspector label, presented itself. It was testifying, with as much force as a delicacy, of the band’s love for soundtracks composed by the likes of Angelo Badalamenti for David Lynch, Neil young’s for Jim Jarmusch’s Deadman or ry Cooder for Wim Wenders’ Paris, Texas...
This is also probably why members of the Broadcast Club (autour de Minuit) chose the track Lila, featured on this album, to illustrate their short film of the same name, which went on to win an award at the Clermont-Ferrand Festival (jury’s prize, Télérama 2009 prize) and was nominated for the 2010 Césars (French film awards).
With «II», recorded at the Pigalle studios, LIMOuSInE goes further still by stating that as musicians coming from jazz and activists on the French independent scene, their influences also include the likes of Brian Eno or Air (Cosmos, Goodbye). References to their first album however transpire on titles such as Drianke or The Reindeer, used in the trailer of Bruno Dumont’s new film, Hors Satan, presented this year at the Cannes film festival, as part of the Un Certain Regard selection.

Visionary, this is what eventually should characterize the music of LIMOUSINE: Through nine titles and as many stories, the boys have reached beyond a nostalgia that nevertheless seems to hover above the album.

“The sweetness and deep spirituality of the country stands out!”

Email ThisBlogThis!Share to TwitterShare to FacebookShare to Pinterest
Portagories: Favorites, Indie is In, Music, Personal, pop*eye
Newer Posts Older Posts Home
Subscribe to: Posts (Atom)
"A Sense of character that is authentic,deliberate, perhaps good style is simply when the outside matches the inside."