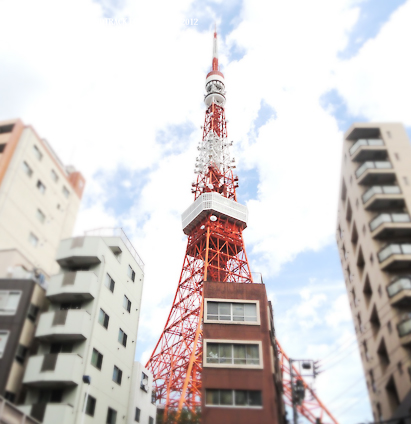 The Portastylistic anchors this special edition of a Cosy Soundtrack for Weekend
Session 104+live from Tokyo, Finally the The Portastylistic look back
over the last year of the TokyoSurvey and share their highlights
with an exclusive focus on the Cosy Survey, around the table to hear our
favourite music picks for the summer while the delightful songstress
Ann Sally live music from her music of Bossa Nova.
It's time to find something special for your loved ones.
The Artist of choice this week to the show to perform
+live music set to make your cosy*night (or day).
The Cosy weekend playlist brings together exclusive live music
from our favourite Artists around the world throughout for all in
the Quiet night life of weekend ahead for every moments. 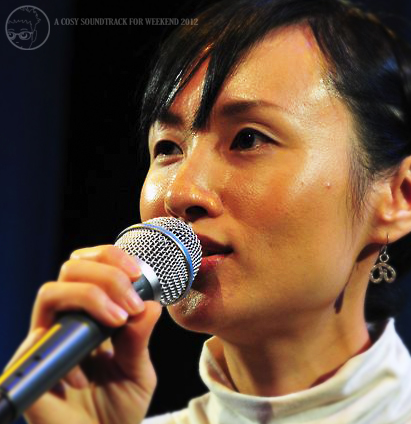 — Ann Sally
Ann Sally is Korean by ancestry. She was born and raised in Nagoya, Japan.
A very unusual but refreshing delivery, great voice control,
good timing and and overall bouncy presentation…
like they say in Japan konnichi wa good morning…
listening to this would be a good way to start your day!
By the Soundtrack Weekend inaugural music guideline with exclusive
live music from Portastudio's playlist, so conclude+Live music performing
at the perfect way and welcome to your life join with the cosy music
performs a set of songs on your cosy weekend night!

—ABOUT A COSY PLAYLIST

In 2010, the Portastudio Playlist proud to presents A Cosy Soundtrack For Weekend+live Session, Is a cosy music smart playlist and feature interviews. From our panel which also includes selected by the Portastylistic. We focus on the inaugural music guideline, Our favourite musical talent with exclusive live music from around the world to the week ahead.

This Cosy life night weekend for your experience cosy music playlist with some familiar on your cosy night in pop sensation. our panel which also includes selected by the Portastylistic.

A Cosy Soundtrack For Weekend+live Session goes live every Saturday at 8pm. Bkk, Thailand time on Mixpod and right here at theportastylistic.blogspot.com.


“EVERYDAY HAS A SOUNDTRACK!”

The School
Reading Too Much Into Things Like Everything (2012)

*I proud to highly
Recommended!* 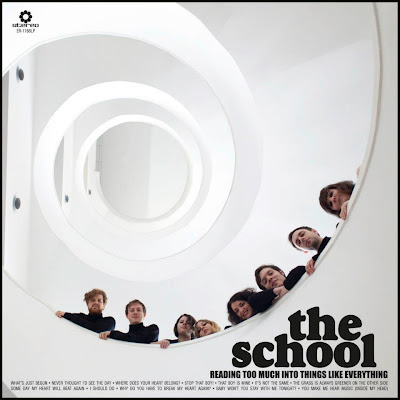 The School have studied hard, taking their lessons from ’60s pop and soul (and a spot of contemporary twee), and yet by keeping their curriculum so elementary, they risk missing out on the top grades.  Reading Too Much Into Things Like Everything, the bewilderingly titled sophomore effort from this charming Welsh octet, is twelve tracks of puppy love, dreamboats and petticoats.  This is sugary sweet throwback pop in the vein of Belle and Sebastian spin-off God Save the Girl, or a more sedate rendition of label-mates Camera Obscura.  Reading… is an album both  utterly inoffensive and radiantly positive, with just enough sleigh bells to remind the listener of Christmas carols and hallmark cards.

Lead singer and keyboardist Liz narrates the brief album with the innocence (or naivety) of a teenage girl’s diary musings.  She doesn’t really do subtlety (or extended metaphors). “Stop that boy he stole my heart” she sings before announcing shortly thereafter that “He’s too late, now my heart is filled with hate”. Of course, one isn’t likely to hear anything more intellectual on a album by Best Coast or Cults, but The School plough the same retro furrow without anything of their contemporaries’ tongue-in-cheek irony or musical intent.

The remaining seven members of the band fill around Liz’s simple words with consistently cute and peppy mid-tempo pop, heavy on piano chords, brass, organ, and a flood of handclaps.  At times it feels like a paint-by-numbers approach with brief, repetitive arrangements punctuated with plenty of “oh oh oh”s and “woah woah woah”s. There is a fair amount of accomplished musicianship on display.  Liz’s vocals are disarmingly pitch-perfect, the harmonies lush, the choruses infernally catchy.  Throughout the album there are glimpses of inspiration, such as the staccato introduction to ‘The Grass Is Always Greener’, or the spot-on funky organs of ‘Never Thought I’d See The Day’.  Indeed many of these tracks will probably sound great blasted out at midnight at quaint little rock n’ roll nights with the tempo bumped up, particularly ‘Why Do You Have To Break My Heart Again’. Ultimately, though ,as the name suggests, there’s simply a lack of maturity to the band. They’ve absorbed their history lessons well, but their own output remains a tad too derivative and simplistic to recommend wholeheartedly. 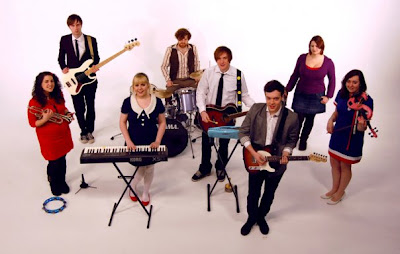 We're a pop band from Cardiff. Second album 'Reading Too Much Into Things Like Everything' out 14th May 2012 on Elefant Records!

Biography
The School are a pop band from Cardiff. Their debut album 'Loveless Unbeliever' was released in 2010 on legendary Spanish label Elefant Records, and was produced by Ian Catt (Saint Etienne, Trembling Blue Stars, The Field Mice, Shampoo).

The album appeared in over 70 'Best of 2010' lists, it was 6Music's Album of the Day, Rough Trade's Album of the Week and Radio Nowhere's Album of the Year. BBC ... Radio Wales's Adam Walton declared it his 'favourite Welsh pop album of all time'. Oh and Molly Ringwald is also a fan.

Album two - 'Reading Too Much Into Things Like Everything' - will be released on 14th May 2012, recorded & produced by David Wrench (Euros Childs, Guillemots, James Yorkston, Everything Everything, Caribou, Fanfarlo, Alessi's Ark, Bat For Lashes, Race Horses) at Bryn Derwen studios in North Wales. It has 12 tracks and is 29 minutes long.

The first single from the new album is a 4-track EP with lead tracks 'Never Thought I'd See The Day' / 'Where Does Your Heart Belong?', along with 2 bside covers 'When He Kisses Me' (Jonathan Richman) + 'I Wouldn't Know What To Do' (The Honeydrips).

"a swaying, winsome tune with some of the Phil Spector lushness of Lucky Soul, the Belle & Sebastian-style modesty of Camera Obscura, and the airy, girl-group vocals of both" - Pitchfork

The School are also promoters in Cardiff - if you are a touring band playing in Cardiff, chances are you have already stayed at their house..See More

Artists We Also Like
Camera Obscura, Belle and Sebastian, She and Him, The Beach Boys, The Shangri-Las 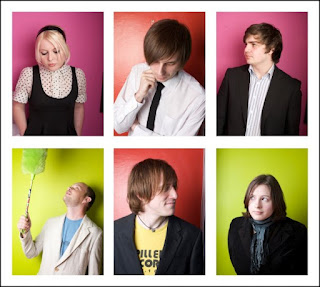 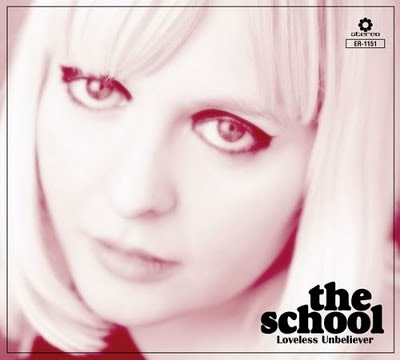 Design represents the heart of hospitality! 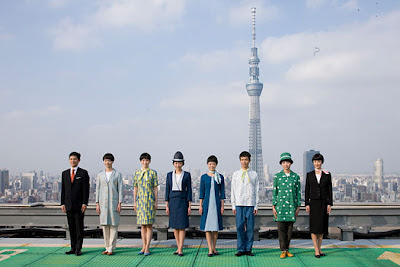 Tobu Tower Sky Tree is four days, has announced the staff to wear uniforms, etc. observatory of the "Tokyo Sky Tree". Design, brand "Peruhonen Mina" is due to (Mr. Akira Minagawa designer), the same uniform is worn from the time the opening of May 22, 2012.


The uniform was announced, the staff "sense and the future of innovation as a symbol of new Japan" was appointed "design represents the heart of hospitality" to have a sense of anticipation happily to the eye, a leading designer in Japan, to wear rice that was the concept of three-conscious comfort of the "Improvement of functionality."
Of uniform design, the type 7 differ by type (Director, induction, information, ticket counters, shops, cleaning, induction parking lot) there is, with respect to occupations that serve both men and women, even for men and women for the design of have been published.
Minagawa said the designer, the most important I wanted to "spend fun fun of Tokyo Sky Tree is a feeling that all people spend time in Tokyo Sky Tree. By the customer. Human work is fun work. Such joy and commented that "if you wish from the heart and memory for everyone is familiar with the views of the uniform along with the smile of this when I visited I wanted to create a uniform can be felt. the Tokyo Sky Tree. 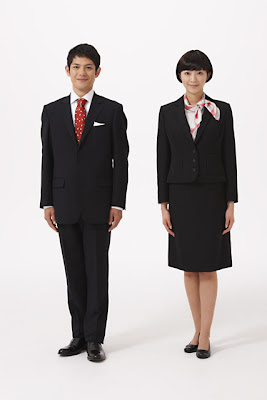 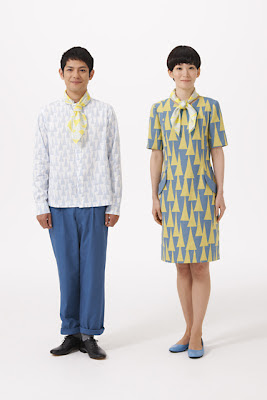 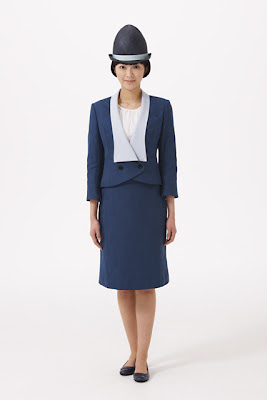 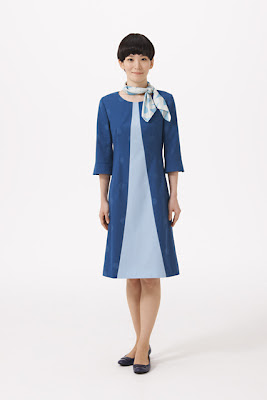 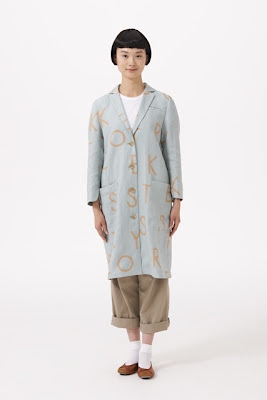 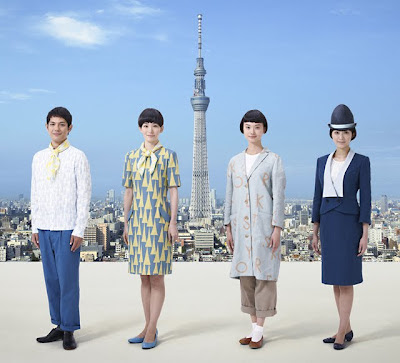 May 22, 2012 (Tuesday) scheduled to open "Tokyo Sky Tree Town ®". Staff uniforms to be worn by its core, such as the observatory of the Tokyo Sky Tree was announced.
Design, serves as the chief designer Akira Minagawa, Mina Peruhonen. Worked on the design of the uniforms for all occupations 7 cleaning crew, to induce induction relationships and parking information, from the ticket counter.
The concept of a "uniform, I wanted to make the uniform you can feel the joy of working staff is to make fun of all the time people spend in the Sky Tree. Here, who came also. This uniform However, with "I hope to be a pleasant landscape of memory, Mr. Minagawa said in a press release.
In Japan, all of uniform material, and production. After receiving the request of the uniform design from Tobu Sky Tree Tower Co., Ltd., in collaboration with factories and production areas with advanced technology brand has been built a trust relationship so far. Have been produced over a period of approximately one year. In particular, the beauty of textiles is an identity of the brand is what's best. For the staff of the ticket counter, one-piece of the tower motif, the dot pattern such as that is transparent jacquard. Shop staff jacket drape is made of soft linen. This philosophy, shop staff to communicate directly with our customers, is also a consideration for the job and to be a calm friendly impression. Adorable even Tower motif seen in the scarf dress or in charge of induction, "as well as a symbol of Japan Sky Tree, was a strong sense of being a fun place as amusement space" is represented that I think of Mr. Minagawa called that. Let inflated image "SKYTREE", from this word, blue and white, green color is key.
Beliefs and creation of "clothes feel high whenever wear clothes without fading by the passage of time, to learn everyday," Mina Peruhonen has continued to cherish 16 years, of making things with and craftsmen origin of domestic posture, breathe in Tokyo Sky Tree is a crystal of high domestic building technology. Sun is now looking forward to a visit from staff dressed in uniforms of Mina is Peruhonen work with vigor and enthusiasm, the Tokyo Sky Tree. 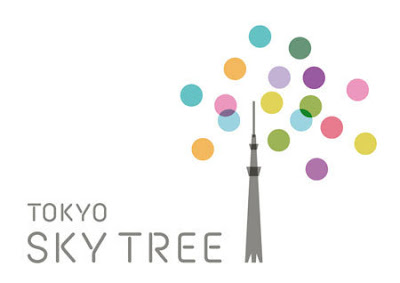 Tokyo Sky Tree is a broadcasting, restaurant, and observation tower under construction in Sumida ward of Tokyo, Japan that is expected to be finished  in December 2011 and officially opened in Spring 2012. It would go against all things Japan if it didn’t have it’s own mascot and so the official mascot for the Tokyo Sky Tree was unveiled recently. 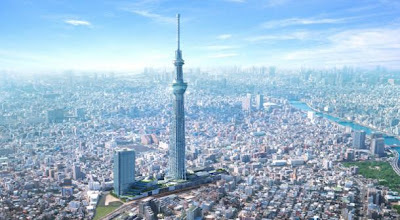 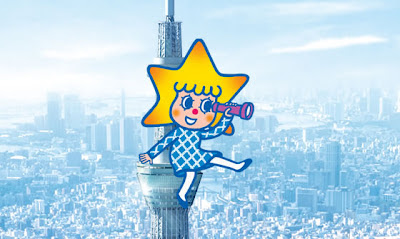 Meet Sorakara-chan, a girl with star-shaped hair who is from a planet called “Tongari”. She scanned the universe one day using her favorite telescope and apparently saw the 634 meter Sky Tree brightly piercing through the clouds, which enabled her to find he way to Japan and visit Tokyo!
Sorakara-chan, literally translates to mean “From the sky-chan” and she was chosen from competition run by Tobu Railway in which 28 advertising companies entered over 65 characters as they vied for the high profile branding opportunity
tokyo-skytree

“All made in Japan!”

Email ThisBlogThis!Share to TwitterShare to FacebookShare to Pinterest
Portagories: Favorites, Found Objects, Hot and Covered, TokyoSurvey
Newer Posts Older Posts Home
Subscribe to: Posts (Atom)
"A Sense of character that is authentic,deliberate, perhaps good style is simply when the outside matches the inside."