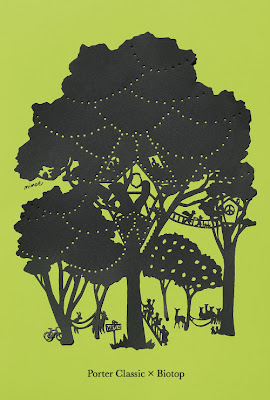 In the picture off the tree house is a shop located in the platinum biotop Adam et Rope.
Was set to that of the representative's house Katsuyuki Yoshida Porter Classic the tree house.
Come to play with a guitar or a glass of wine and cuisine every night everyone.
We also look envious of animals in the forest.

The limited edition T-shirts at the venue of the design of this picture!
2 is a version of the silk-screen printed hand! Other Formats: Paperback * 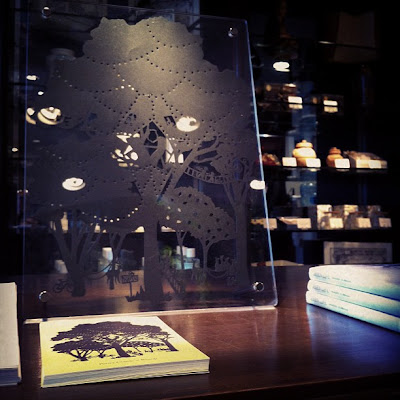 In a series from wearing kendo also say representatives of the Porter Classic,
We also will be allowed a HOBO custom items for the first time.


In addition, the
Allowed to print wherever you like, in combination with your
Custom Order T-shirt.


And,
Limited edition that let me design the image of our Biotop


Even up to now 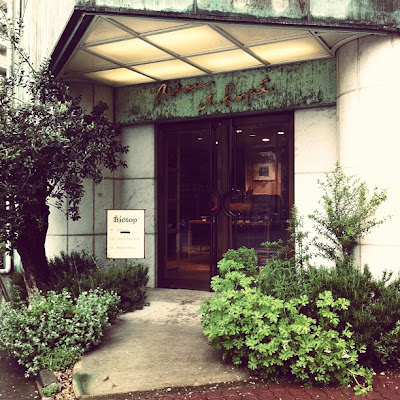 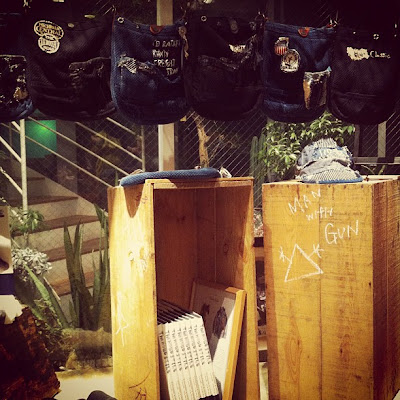 Of course,
In May the 1st Friday in Biotop,

Including Everyone in the Porter Classic Family 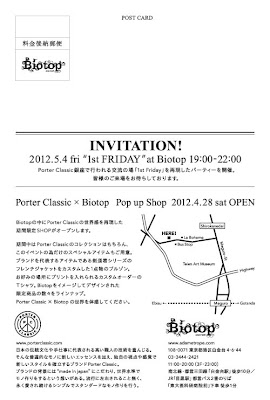 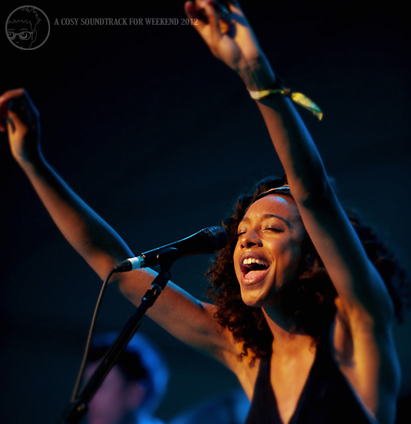 From many moment happen here, back from Thai New Year weekend,
Portastudio Playlist to fill your day (or night) with sounds from Leeds,
We welcome Grammy-winning English singer and songwriter
in +Live Session 103 of A Cosy soundtrack for weekend,
we hear Corinne Bailey Rae The Woman WE L♥VE Series.
It's time to find something special for your loved ones.
The Artist of choice this week to the show to perform
+live music set to make your cosy*night (or day).
The Cosy weekend playlist brings together exclusive live music
from our favourite Artists around the world throughout for all in
the Quiet night life of weekend ahead for every moments. 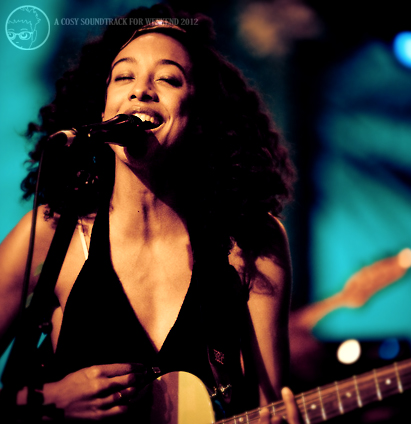 — Corinne Bailey Rae
(born Corinne Bailey on 26 February 1979) is an English singer-songwriter.
Rae was named the number-one predicted breakthrough act of 2006
in an annual BBC poll of music critics.
By the Soundtrack Weekend inaugural music guideline with exclusive
live music from Portastudio's playlist, so conclude+Live music performing
at the perfect way and welcome to your life join with the cosy music
performs a set of songs on your cosy weekend night!

—ABOUT A COSY PLAYLIST

In 2010, the Portastudio Playlist proud to presents A Cosy Soundtrack For Weekend+live Session, Is a cosy music smart playlist and feature interviews. From our panel which also includes selected by the Portastylistic. We focus on the inaugural music guideline, Our favourite musical talent with exclusive live music from around the world to the week ahead.

This Cosy life night weekend for your experience cosy music playlist with some familiar on your cosy night in pop sensation. our panel which also includes selected by the Portastylistic.

A Cosy Soundtrack For Weekend+live Session goes live every Saturday at 8pm. Bkk, Thailand time on Mixpod and right here at theportastylistic.blogspot.com.

“EVERYDAY HAS A SOUNDTRACK!”

*I proud to highly, highly
Recommended!* 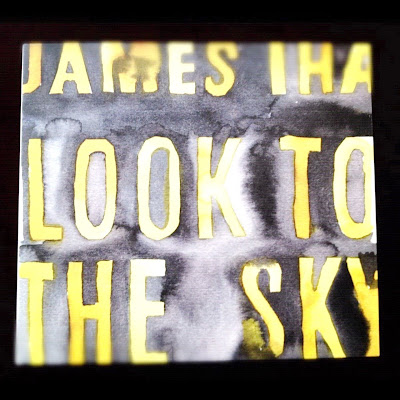 Iha first mentioned a follow-up to Let It Come Down over a decade ago, but other duties kept arising; he co-owns of Scratchie Records, scores films (Linda Linda Linda in 2005), and collaborates with everyone from Fountains Of Wayne to Isobel Campbell. Now that his new album, Look to the Sky, is completed, it’s easy to see why it took so long. The album is a significantly vaster and more experimental effort than Let It Come Down, and the variety of high-profile collaborators certainly helps. Legendary Television frontman Tom Verlaine adds guitar on the breezy jangle of ”Till Next Tuesday” and fierce blues-rock of “Appetite”, both clear standouts. Pianist Mike Garson, who has played with everyone from the Pumpkins to Bowie, also appears on “Appetite”, the most fascinating track on the album. Hearing Verlaine and Garson jam sounds even better than expected. Also don’t count out Yeah Yeah Yeahs members Nick Zinner (guitar on “Dream Tonight”) and Karen O (vocals on “Waves”).

The album is certainly not without songs that capitalize on Iha’s signature mellow-pop sound, though. The highly accessible “Summer Days” sounds a lot like the material on Let It Come Down, thanks to its bubbly energy and upbeat stream of acoustic strums and playful keys. It was written and produced with Nathan Larson, the husband of The Cardigans’ Nina Persson, who sings on “Make Believe” and “Till Next Tuesday”. Iha has not only improved on the best aspects of Let It Come Down with familiar gems like “Summer Days” and “Till Next Tuesday”. He has also introduced many new elements to his sound, most of which succeed immensely, like “Appetite”.
Words Mike Mineo
Porta's Rating
9 of 10 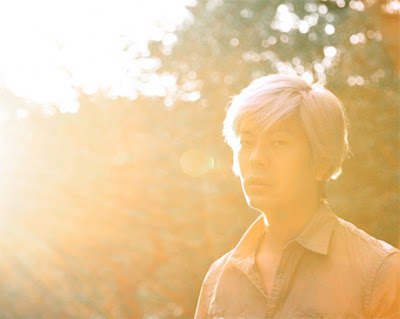 Former Smashing Pumpkins guitarist James Iha is usually associated with his involvement in hard-rocking acts, like the Pumpkins and A Perfect Circle. What’s unknown to some is that Iha released a solo album, Let It Come Down, in 1998. It presented a lush array of country, folk, and pop, more in line with acoustic singer/songwriters than his electric role as a band member — especially for a group like the Pumpkins, who were no strangers to guitar pedals and effects. On the contrary, Let It Come Down was a beautifully stripped-down affair, with lap steels and country twangs resonating more than the amplifiers he usually had his back to while touring the world. 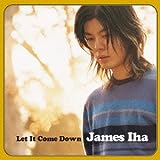 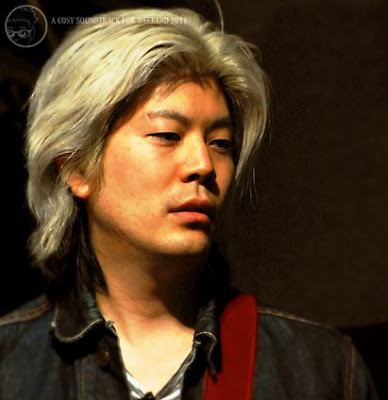 *I proud to highly
Recommended!* 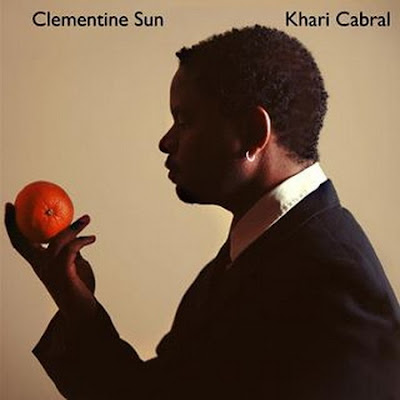 With his current, Dome-released solo album "Clementine Sun," Atlanta, Georgia-based bass-player/producer Khari Cabral Simmons delivers an appealing, summery fusion of soul, bossa nova and jazz styles on a nine-track set which - mixed by Incognito founder/leader Bluey - is currently being pioneered by its hauntingly-shuffling lead single "Never In Your Sun" - a bossa-flavoured cover of a relatively-unknown Eighties Stevie Wonder ballad featuring the sensuous vocals of Grammy-winning/10-million-selling neo-soul songstress (and long-time Khari friend-and-collaborator) India.Aire.
Meanwhile, other guests of note on "Clementine Sun" include Japanese-American singer/songwriter Monday Michiru on the joyously-skipping "Belle Of Byron Bay"; upcoming Brazilian 'nu bossa' vocalist Sabrina Malheiros on the breezily-gliding "Major Bossa"; newcomer Chantae Cann on the infectiously-melodic soul groover "Get Back"; plus the internationally-revered horn section of aforementioned London jazz/funk/soul collective Incognito on the uptempo, hooky "How Can We Go Wrong."
All of which results in a consistently-uplifting release from the former leader of acclaimed Atlanta outfit Jiva and long-term member of India.Aire’s band. Who -having studied theory and composition at Atlanta’s prestigious Morehouse College before emerging as an integral part of the city’s thriving underground soul scene - last appeared on UK indie Dome with the 2006-released album of predominantly-Brazilian-flavoured cover-tunes titled "Moon Bossa." Which - released under the name Julie & Khari - interestingly found him hooking-up with Birmingham, UK-raised vocalist Julie Dexter.
… Cue an articulate and instantly-warm-mannered Mr. Simmons hooking-up with ‘Blues & Soul’ Assistant Editor Pete Lewis from his Georgia home for a revealing introductory chat.

The album "Clementine Sun" and single "Never In Your Sun (feat. India.Aire)" are both out now through Dome
Words PETE LEWIS
Porta's Rating
9 of 10

“One piece in a larger puzzle!” 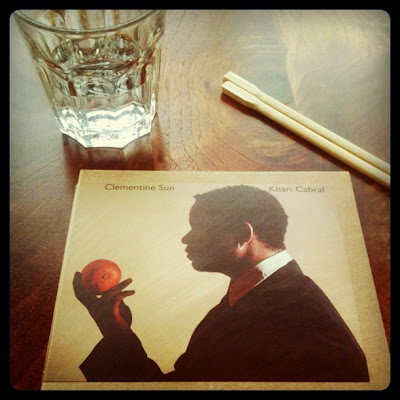 
“The Prince of Soul Bossa!” 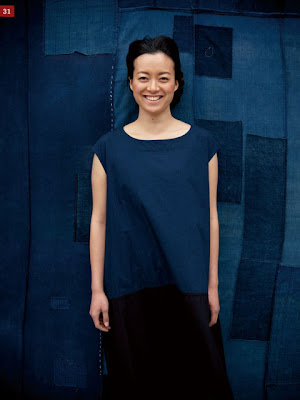 We deliver this last issue of “Badou-R AI 45” shot in Miyakojima along with the poem Graduation. In the column “Translating Artifact”, we introduce “Natural Indigo Batik Scarf” with various ways of use, “Uneven dye Natural Indigo Umahiko Tee shirt” for your sun tanned skin, and “Indigo Tappet Pants”; we look back on our soul color; indigo. The next issue will be our improved and deepened “The book of 45R”, which will deliver our cloths of the season and thoughts twice a year. Please look forward to the new issue. 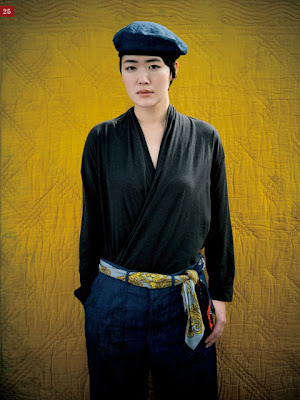 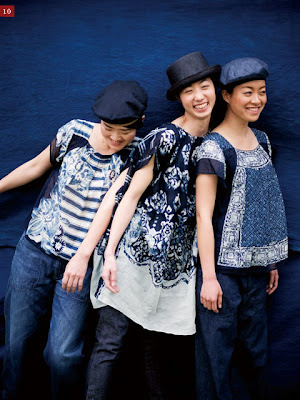 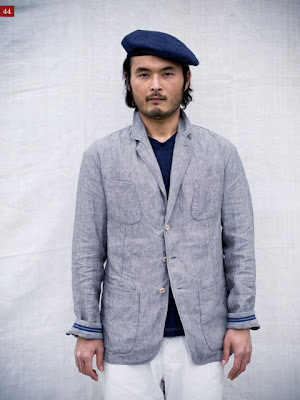 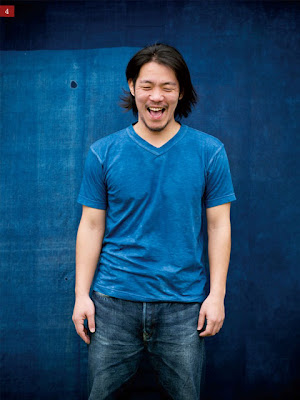 "BADOU·R AI 45" is a quarterly publication (Published on the 1st of January, April, July & October) which accumulates the seasonal imagery of four brands sold by 45rpm. The booklet introduces seasonal clothes and our passion for making clothes through visiting various historical places and tapping into the culture and scenery. 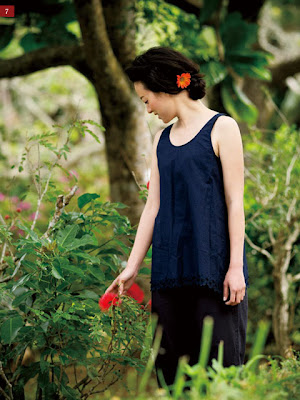 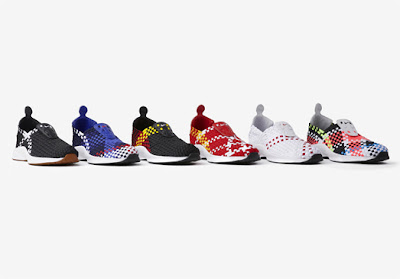 The slip-on Nike Air Woven returns this year in a collection with colorways inspired by Euro 2012. England, France, Spain and Germany have inspired colorways of the sneaker. Of the remaining two colorways, one comes in a classic black and white combination inspired by classic football boots while the second features a multicolored look. 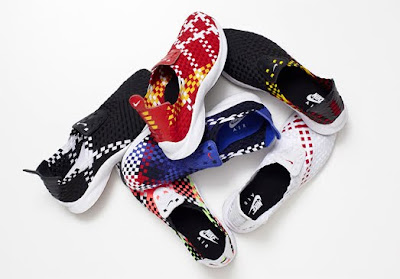 The black, white and gum colorway hit some shops today with a wider release to come presumably. We will keep you posted with more release information.

When it launched in 2000 the Air Woven tipped footwear design into the new millennium. Immediately turning heads with its unusual textile pattern and supreme comfort and fit, the Air Woven’s birth was a moment in time that has become indelible in the NIKE design history.

The shoe’s upper is hand woven using a combination of elastic and polyester webbing to ensure the perfect fit, acting as a second skin on the foot. Air Woven comes to life with various colors incorporated into the hand-woven upper. The shoe’s midsole is molded phylon for added comfortable fit and feel.

Featuring a Nike Air unit in the heel, the new colorways have been created in honor of some of the teams and players who will compete this summer on football’s biggest stage. The shoe will be available globally at select retailers and online. 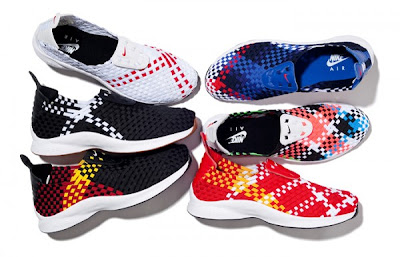 Created for the 2012 UEFA European Football Championship, the Zoom-equipped woven nylon kicks come in colorways for England, France, Spain and Germany alongside a classic black and white version and a sixth pair inspired by the tournament’s colorful emblem.

Look for the six pack to be available at spots like Tokyo’s SOPH. on March 31. 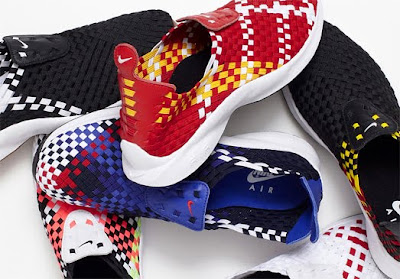 As for the style Nike Air Woven is a great looking slip-on for the summer. extremely comfortable and durable. i love them! the Portastylistic review 'My feet best friends' when our back from TokyoSurvey last year.