"It will be impossible for you
to walk past a shuttered
restaurant and not feel a chill
after seeing the documentary
"Eat This New York." 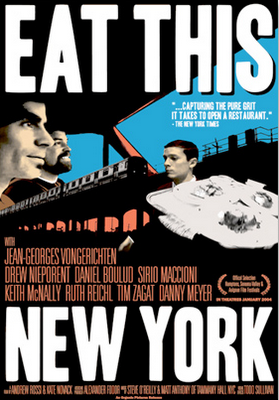 EAT THIS NEW YORK is the story of two best friends' struggle to open a restaurant in the food capital of the world. As Billy Phelps and John McCormick suffer through financial crisis, the loss of their chef, and a crumbling relationship, the filmmakers turn the camera on New York City's legendary restaurateurs who prove that dreams can come true.

Billy and John's gamble to open a restaurant together takes shape on Division Street, a unique block in Brooklyn that separates the Satmar Jewish community of Williamsburg from the Latino neighborhood of the South Side. During the course of a year, they convert a former check-cashing shop located under the elevated train tracks of the J/M/Z subway lines into a retro speakeasy. But before the restaurant is fully built they come close to bankruptcy and almost call it quits on their friendship.

Throughout the movie, New York City's renowned restaurateurs and chefs reflect on the challenges of opening and running a restaurant. Like the chorus of a Greek play, Daniel Boulud, Sirio Maccioni, Keith McNally, Drew Nieporent, Jean-Georges Vongerichten, and Danny Meyer act as a foil to the idealistic entrepreneurs. 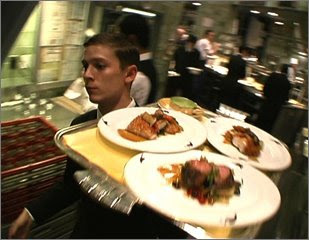 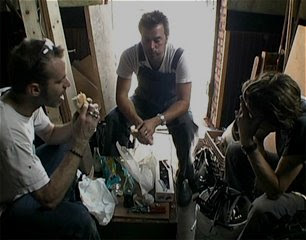