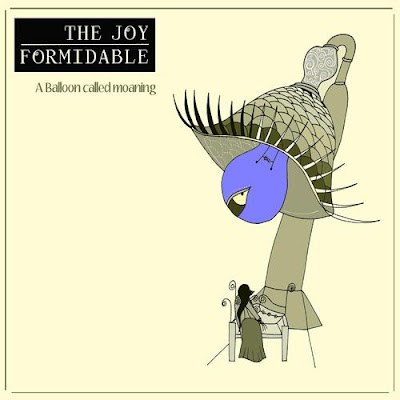 The Joy Formidable - A Balloon Called Moaning (2009)
The Joy Formidable are Ritzy Bryan, Rhydian Dafydd and Matt Thomas.
The beginnings of TJF began several years ago, when school friends Ritzy and Rhydian chatted on a night out in their hometown of Mold, North Wales. Both opinionated and madly into music, an instant respect was formed and they began meeting regularly at the legendary Buckley Tivoli; then a North Walian mecca for local and touring bands. It was a source of much inspiration to the musically aspiring pair; alongside Ritzy's parents enormous, exhaustive record collection. Nevertheless, in an otherwise provincial, sleepy setting, itchy feet and a fleeing were inevitable; Ritzy to Washington DC and Rhydian to Manchester, where they enjoyed separate but strangely parallel journeys as singer songwriters. It was a single phone call that reunited them, this time they would write and record together.

Back in North Wales a flurry of early recordings revealed a voice emerging; the beauty of their surroundings against the sadness of personal circumstances tugging conflictingly in their songs and selves. They decided to move, choosing London as their new home and a base for their live aspirations.

With Matt Thomas on drums, a conjoint surrealist and raw, forceful drummer The Joy Formidable have thrived on the live front. Soundscape layers are spiked by the nakedness of a 3-piece; gargantuan, clamorous bass and guitars come in waves, Ritzy seething and cooing in equal measure.

Their material still has its roots in the vast, lonely countryside of the Clwydian borders but London has roused offshoots from the TJF bough. They have become a uniquely home-grown affair with the band driving every creative aspect, visually and musically. The band’s bedroom a chrysalis, that mutates daily from sleeping quarters, to studio to workshop. It was here they recorded first singles Austere and Cradle and their 8 track CD “A Balloon called Moaning" - a defiant release of optimism against their own heavy hearts. 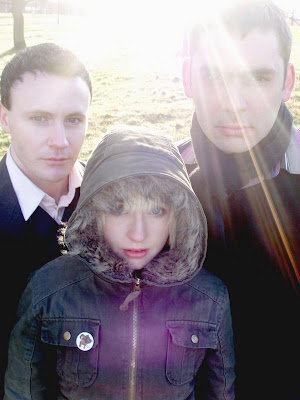