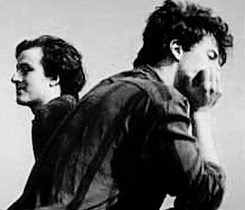 As most pop lovers who ever heard it might, I fell instantly and desperately in love with Fantastic Something's 1984 single "If She Doesn't Smile (It'll Rain)." Desperate for more like it, I sought out this, the mysterious Greek-by-way-of-the-UK duo's sole full-length, only to be (understandably) disappointed, as it contained nothing approaching the pure pop brilliance of that debut single. This is prototypical bedroom twee-pop, though its sound is considerably dated by the fretless bass and electronic drum sounds that forever link it to the mid-80's time period that it came from. However, this will appeal to fans of slightly jangly, innocuous pop acts like their label-mates Everything But the Girl, perhaps even to fans of more recent bedsit-poppers like Trembling Blue Stars and Of Montreal, or any other band whose lyrical concerns include building the perfect treehouse or the terror of that first kiss. Meanwhile, Amazon thankfully has made available for download their original single, which is absolutely essential, though if you've made it to this review, you've probably heard it, and are looking for another fix... 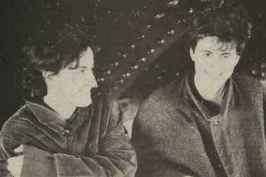 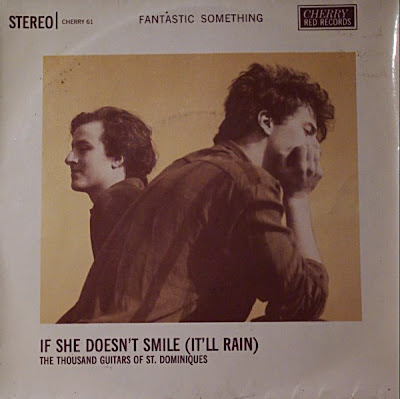 It is a pleasure not to follow the prevailing wind and rediscover buried treasures. Here comes something long awaited: previous unreleased material from our all-time faves Fantastic Something. An archaelogical approach to pop music has led us to this real discovery: a lost treasure from the very early nineties. It's time that these compositions are discovered by a whole new generation of music-lovers. Fantastic Something is the musical alliance of brothers (born in Boston-Massachussets USA and brought up in Greece) Alex, The Waving Tree, and Constantin Veis. They play lyrically intriguing melodic pop with crystal clear guitars and harmonies at their best. Their pastoral and dreamy pop -blessed with a poetic power- was appreciated by thousands of fans in the eighties via their Cherry Red and Warner releases and of course by a succesful Japanese release. We are proud to help disseminate the names of these unique talents.

Fantastic Something are still remembered with genuine affection for their soft-voiced pop. A well-positioned critic called them "the indie or non-mainstream answer to Simon & Garfunkel" Well, the one thing that we can be sure of is that their pop inspired or pioneered the sounds of East Village, Blueboy, Moose, The Springfields, and even early Stone Roses. In the eighties they lived in London for seven years (studying architecture and film arts) but were succesful in Japan. The objective of the Veis brothers was to form a band that would be pure in its form and profound in its vision, using instruments like painters use pigment or colour. Not strangely, they were regarded as the exotic flower of the 80's pop (with Everything but the girl, maybe).

Back in 1993 Fantastic Something decided to record an album to capture the warmth and intimacy of a small room with a set of 10 fragile and pretty songs. Pleasant and soothing music from a small room in Athens, Greece. What a modest but fascinating enterprise! The album could not be eventually released as it was kept in secret.

Time has passed. We recover these 5 historically-important songs that had to be part of that 10-tracks album. Within this modest framework, however, wonders abound. Fantastic Something expresses so much in such a beautiful and simple manner. Each song is a gem; even the cognoscenti-elite may find hints of Nilsson, The Bluebells, The Go Betweens or Trash Can Sinatras inside.

Everyone knows how music has changed since 1990, how the changes in equipment have produced new styles. Time is merciless to music, which is more vulnerable to forgetfulness that any other. Modernity means an absence of memory. Fantastic Something are protected. They give ample evidence of the possibilities of creating timeless pop. Now they are planning a new album with fresh new repertory. And they promise to launch more projects. 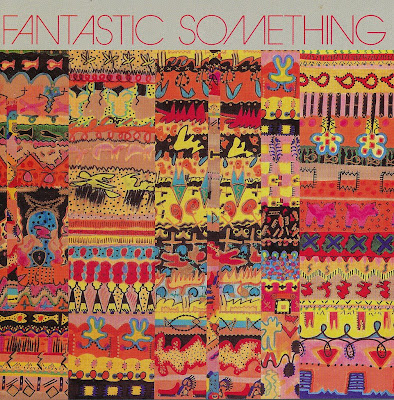 Fantastic Something - Selftitled (1985)
From Cherry Red Records first and later from Blanco y Negro/WEA, Fantastic Something reached resonance in the 80's by their Pop of classic cut. They were as a well dressed independent Simon & Garfunkel with a good way of life. They released a little production (1 album and 1 single) - more than nothing due to their perfectionist eagerness but they inspired to many Pop bands. The Veis brothers were seven years settled down in the United Kingdom and assimilated emblems of other people's cultures and studies of architecture and cinematographic arts in London. Of simple spirit, not contaminated, they were progressing and acquiring notoriety until the point of being considered next to Everything But The Girl like the exotic flower of the independent Pop of the 80's. Finished their adventure in the United Kingdom they returned to Athens (Greece). Probably the best greek band together with the Aprodite's Child.

I just heard this song for the first time today, and I too am desperately in love with it now.

Accidentaly found this post... If she doesn't smile is probably the sweetest Greek pop track ever written...