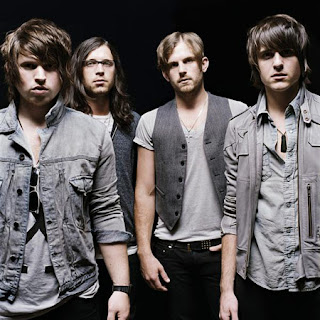 Kings of Leon
Given this band consists of one cousin and three brothers from the Followill clan of Tennessee, we can only draw one conclusion: Followill p?re must be the sharpest-dressed retired preacher in the South. The guys, who churn out old-school riffs while wearing smart suits, leather jackets, and the occasional trench, have shown signs of maturity by shedding their hirsute locks, but fear not: Their latest album still includes a Zep-worthy ode to good times called "Sex on Fire." (No word on what Rev. Followill has to say about that.)
Photo: Courtesy of Kings of Leon 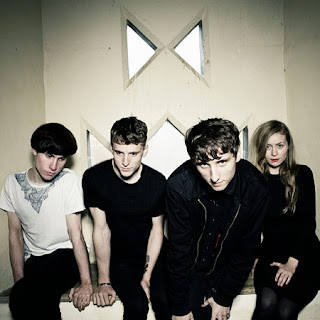 These New Puritans
For this Southend, England, group, it's hard to tell where music ends and fashion begins. Not only did they score Dior Homme's Fall 2007 show—Hedi Slimane's last for the label—but drummer George Barnett Barnett (second from left) also walked the boards. And while Barnett's bandmate and twin brother Jack (front) takes his cues from Ian Curtis, George's inspiration may well be Slimane himself. "Tailoring is definitely something I will turn to after music," he told The Fader earlier this year. He's already got a well-tailored leg up: After that show, he nabbed an apprenticeship at Dior with an assist from the designer.
Photo: Dean Chalkey 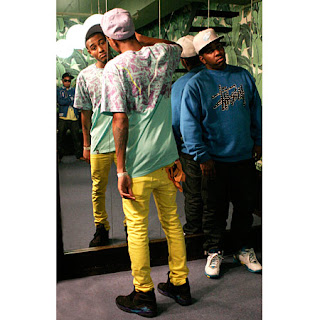 The Cool Kids
A name like the Cool Kids tempts comeuppance, but Antoine Reed and Evan Ingersoll have enough swagger to make even cynics like us believe. Their sound recalls hip-hop's golden age (think Eric B. and Rakim or Run-DMC) without merely parroting, and their look does likewise. (Not that we're recommending anyone try this at home.)
Photo: Jennifer Maler/Retna Ltd.
Selectory by THE PORTASTYLISTIC at 1:13 AM

Email ThisBlogThis!Share to TwitterShare to FacebookShare to Pinterest
Portagories: Style