Marvin Gaye began his career in the late 1950s, singing with various R&B vocal groups. Soon he moved on to work as a session drummer and vocalist at Motown. Gaye's own '60s albums are marked by propulsive, high-energy R&B, and duets with Mary Wells and Tammi Terrell. In the '70s, he crafted a unique, highly personal vision of R&B, incorporating socio-political issues, atmospheric arrangements, and unified album themes. His early, violent death robbed the world of a true genius. 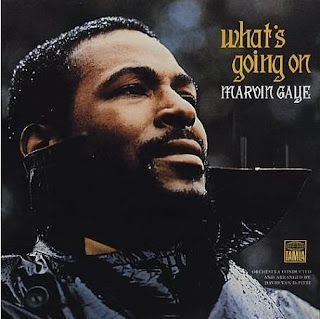 "It was Gaye's masterpiece."
Originally released in 1971, WHAT'S GOING ON remains a landmark album, one that redefined music with powerful, anthemic songs that remain pertinent to this day. Before WHAT'S GOING ON, R&B albums were collections of singles, with secondary "filler" material rounding out the LPs. Marvin Gaye changed all this by releasing a concept album that went beyond the usual boy-meets-girl scenario, weaving together an aural collage of societal ills. "Crime is increasing/Trigger-happy policing," from "Inner City Blues (Make Me Wanna Holler)," is as potent a line today as it was over 20 years ago, and with the country still divided over the Vietnam War, the title track became a rallying cry for peace.
Dark, mercurial, and jazzy, WHAT'S GOING ON was as radical musically as it was conceptually. Layered with lush orchestrations, heavenly background vocals, and loose, fiercely grooving arrangements, WHAT'S GOING ON so surpassed anything previously known as soul music that it virtually reinvented the genre. The critical and commercial success of Gaye's opus also enabled other artists to break free from the creative shackles imposed by Motown and other companies, and to experience more autonomy in musical and thematic expression, thereby changing the industry. In short, the musical and historical significance of WHAT'S GOING ON cannot be overestimated; it was Gaye's masterpiece, and still stands as one of the greatest soul albums of all time. 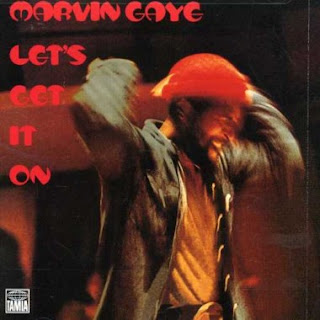 "This album is soulful, sensual and simultaneously delightful and sinful at the same time. More than 30 years later."
Relishing the artistic freedom afforded by the success of WHAT'S GOING ON, Marvin Gaye recorded this sultry paean to sex. Where its predecessor relied on complex arrangements, the straightforward sound of LET'S GET IT ON focused attention on its tight rhythms, strong melodies, and Gaye's expressive, nuanced singing. For sheer sensual come-on, it's hard to beat the title track, one of the finest celebrations of the joys of human chemistry ever recorded. But the self-explanatory "Come Get to This" and "You Sure Love to Ball" aren't far behind in terms of passionate execution and visceral impact.
Though LET'S GET IT ON has its reflective moments, notably the beautiful ballad "Distant Lover," Gaye's focus is on the here and now, and the intensity of his vocal performances and the silky, fluid feel of the arrangements inform the sensual "carpe diem" philosophy. Just as WHAT'S GOING ON opened the floodgates for political soul music, LET'S GET IT ON defined the "lover man" genre populated by luminaries like Al Green, Barry White, and Isaac Hayes.
"Let's Get It On" is still the standard for the album you play for romance and tremendous singing.
Dedicated To You, My Love."
Selectory by THE PORTASTYLISTIC at 8:34 PM